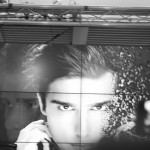 Around Christmas there are a lot of concerts. Eric Saade performed 02/12/2011 in a shopping centre in Valbo, Gävle.

The event was crowded and there were few spots left. Eric Saade is a talented artist and he succeeded in entertaining the audience. Next year he is going on tour. It will be possible to see a longer show.

This site uses Akismet to reduce spam. Learn how your comment data is processed.